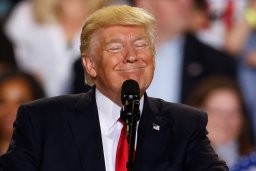 Trump wasn’t my first choice. Nor my second. Nor… Well, you get the idea.

Turns out he was more conservative than just about any other republican candidate. Not quite 100%, but I’ll take 70% conservative over some candidate or pundit that talks like they are 100%, and then proceeds to only act conservative at about 20% of the issues (or less).

Trump learned a lot in his first term. I can’t say if he learned everything that I believe, but If I had the opportunity to talk to President Trump, there are a number of things I would tell him. Of course, the opportunity is unlikely to happen.

Turns out the deep state is deeper than originally thought. And everyone in it, is simply protecting their own interests, and profiting from it. And they’ll destroy anyone who looks like they might interrupt that cash and power flow.

Ike was right about the organizations that make profit from weapons sales. They were called this Industrial Military Complex.

A new complex has emerged: The Industrial Pharmaceutical Complex. They convinced Trump that the China virus was going to be a disaster and he had to act now.

Now the pharmaceutical companies are making tons of money pushing a treatment that they are exempt from any liability. And Fauci continues to push these injections more and more, when it’s known that early preventative treatments have a better success rate. And vaccinated people are still getting sick from it. Then we are told these vaccines wear off in six months. What are we paying for??

I’d tell him ban all mandates, and let people make their own choice.

I would tell him to have a massive ceremony in the oval office, then toss the budget on the floor and say “We’ll consider this AFTER you guys explain what happened to the last several trillion dollars that were supposed to fix the infrastructure.”

The media would have a cow… But some of them would have to admit that the money never went where it was supposed to go. And maybe do some investigative journalism.

Democrats will spend like mad, and they claim they can just tax rich to pay for it. They are either stupid, or actively trying to destroy the USA.

Republicans, on the other hand, try to convince themselves that they can cut taxes and grow revenue. That’s close, if you consider the Laffer curve. But then they immediately increase spending in a manner that would outstrip any additional revenue which might be realized. They are more likely stupid than evil. But they need to be stopped.

Trump said he tried to cut aid, but they came to him and wanted money for these poor countries. And he was guilted into continuing to support them.

Most of these countries funnel half or more into the pockets of despots, so the people are never really helped.

And not to mention… the USA is broke.

When you rob Peter to pay Paul, you can count on the support of Paul. Especially if Paul is in the deep state and has a vested interest in profiting from whatever those countries are going to do with that money.

In this case, if you rob US citizens to pay despots, you can always count on the support of despots… especially to lie to you.

They don’t care if they destroy the USA while enriching themselves. So we need to care for ourselves.

What?? No, not Social Security payments or military compensation.

Cut the pay and benefits of government bureaucrats. A government job should be a service to the country, not a largesse for pushing papers around. Bureaucrats don’t contribute to the economy in any way of value, unless they are actually running production in a centralized economy. That’s called communism, and has never succeeded.

Cut their pensions, remove all those excessive government holidays, make the pay 90-95% of private industry. Then you’ll get people who want to do it for the accomplishment, not the cash.

Climate Change Happens, Man Made is a Scam

Next time those environment nut jobs start talking about net zero carbon, taxing people, paying money to globalists so they can scam us, just tell them one thing:

Not from the executive branch, this is legislation that has to be passed. But it needs to be pushed.

It’s way the constitution and this republic was intended.