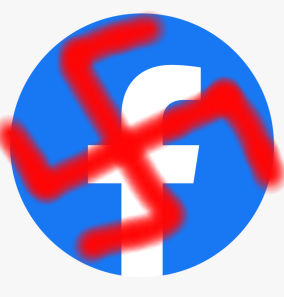 Unless you like having your elections stolen from you, it’s time to get off Facebook. Here’s why.

Dan Bongino was connected to Parler, and on his radio show he talks about the Daily Active User count that they had. We’ll call it the DAU. The DAU count was the biggest factor in how much they could charge advertisers for placing their ad on users pages. You’ve seen ads many times. Even if you use something like AdBlock, they still get to push you as one of their DAUs. And convince advertisers to pay them more because of it.

And Facebook took all that ad revenue and paid off people in Wisconsin to steal the election.

You can be sure you won’t see this in any main stream media. Even Fox news is afraid to cover the truth.

The way to stop them is to hit them in the wallet. Cut off their money supply, and you cut off the way they can steal elections

Because you KNOW we can’t count on the DOJ to do anything about it.

In response, I massively reduced my frequency of Facebook usage to only once a week. And that is only to tell people how corrupt and biased they are, and why they should cancel their account. This usage reduction means I am no longer a DAU, I’m only 1/7th of a DAU.

And soon that will be less.

I also completely deleted my alternate account, which was used for getting back in when they suspended me for telling a truth they didn’t like.

Think they took this lying down? Think again.

Suddenly I started getting emails from them. Obviously automatic emails, but these are designed by some algorithm that notices I’m not there enough and tries to bait me back in. They were clearly detecting that I was hurting their DAU count. My disappearance is a small number ( 1 DAU ) but enough that they have a system to pull you back in.

I wasn’t getting these until I cut back my usage. This tells me they felt it, or at least some algorithm detected it.

I urge all conservative users to cancel their account. It’s the best way I know to cut off their money used to steal the elections from us.

Where to go? That’s up to you. Gab is good and Christian. Telegram is like Twitter. So is Truth Social.

Or just don’t succumb to the need for “likes” and just phone/text/email your friends. It’s nicer if they hear from you anyway.