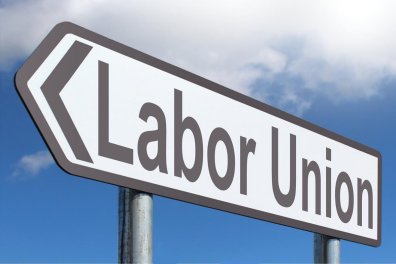 Most people saw Creepy Joke Biden whispering to the press at his press conference… Unless they’re worshiping CNN, which is about 1% of the country given their plummeting ratings. Among the other asinine things he said was this:

He’s referring to the worker shortage that the country is experiencing.

Workers have the right to enter collective bargaining in this country. And the free market has the right to reject negotiations which they believe are unwarranted. If the labor market is depressed, employers have a larger selection to hire from and that can mean lower wages. Alternately, if the economy is booming, and the market is tight, employers have to compete with other employers to get those workers. They will receive higher wages if they are part of a collective bargaining group, or even if they are on their own.

Adam Smith sure was a smart guy…

The problem is, employers aren’t competing with each other for workers. They are competing with the federal government paying those workers NOT to work.

Adam Smith must be spinning in his grave…

As a talk show host said once, make an offer to your kid: Offer to pay them $10 each hour to do yard work, or $5 each hour to sit on the couch and play XBox. Guess which they’ll choose.

Joke Biden, or really his marionette string operators, think they are creating a workers market where employer will have to negotiate with unions to hire workers. But what will really happen is those employers will have to find ways to to produce their goods or services with fewer workers, because the profit margins aren’t there to complete with the unlimited resources of the federal government.

And all Biden is doing it by borrowing money from your grandchildren and great grand children. Or worse, from China.

It can be summarized as follows: This won’t end well.