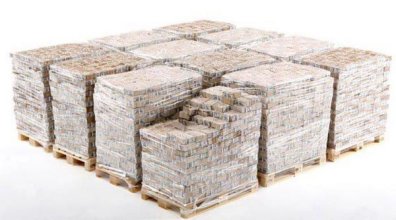 We all know, unless you’ve been under a rock, that Biden extorted the country of Ukraine for financial gain for both his son, and himself…

“If you don’t fire the prosecutor, y’all ain’t getting the money. Well son ofa bitch!… “

Now, he sends Kamala down to Guatemala to negotiate some nefarious deal, on the spurious claim that she will be able to stop the flow of illegal aliens invading the USA.

By the way, it took 24,000 troops to invade France and begin their liberation. Four to Five times that are illegally invading the USA every month.

Supposedly she will delivering the country even MORE cash is allegedly going to convince them to put a stop to it. Last time I checked, handing out money when someone is doing something has the effect of making them do it more.

I wonder how much of it will be delivered in pallets of cash in the middle of the night?

Can anyone honestly believe she wouldn’t walk into the Guatemalan presidents office and simply say anything to the effect of “If you don’t pay off… (insert whatever corrupt operation here), Y’all ain’t getting the money” ?

Fool you once, shame on them. Fool you over and over, you’re a democrat.