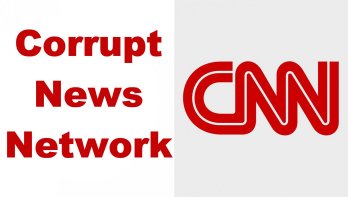 If you’ve never heard of Joe Rogan, you should find out who he is. His conservative podcasts inspire many of us to be able to speak out against the corrupt system. Including the China Corona fraud.

Don’t misinterpret this… the virus is real. And making people sick. It can be severe, especially without getting treatment. Even more so people with existing conditions.

And Joe Rogan caught it. Since he choose not to get any of the Covid vaccines, he sought out treatment from a doctor. As anyone would do. One of the things the doctor prescribed was Ivermectin.

Enter CNN. And their hatred of anything which can cure people. They constantly repeated that Rogan was taking “horse dewormers” to treat his Covid infection. When the CNN doctor appear on Rogan’s podcast, he tore into the guy. It was fun to watch, and Dan Bongino has a clip. Here it is.

By the way, Rogan survived.

We have to ask, however, how many people were intentionally misled by CNN? How many people heard only that Rogan was taking a horse medication, and decided that since Rogan survived, it must be a viable treatment?

In other words, how many people were given inappropriate medical advice from CNN clowns, and have died as a result?

When you think about it, CNN blatantly lying and getting people killed seems to loose it’s comic appeal.