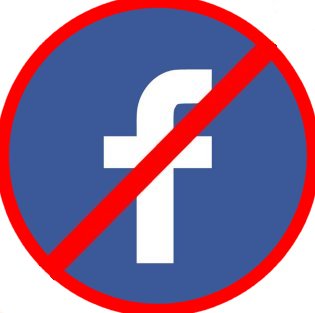 As everyone panics over what to do about FaceBook and Twitter, you need to be aware of how they are making their money. Since you aren’t paying for the service, who is?

The answer is, they sell you. Like a pimp.

These companies are spying on you all the time. They listen to your microphone, they watch what you read, they look at your camera, they know what you click on and what you search for. There is a massive profile about you which they sell to others.

Then that information gets “mined”. To sell you clothes, electronics, supplements, anything else they can squeeze out of your profile.

Is there any doubt they’d happily mine that data for people with “the wrong views” and hand it over to the political party that opposes those views? There shouldn’t be any doubt, here’s why:

While FB and Twitter are constantly censoring people with views they don’t agree with, they let despots who run countries like China, Russia, Iran, North Korea, et. al. post all the horrible propaganda they want. No questions asked. Is this to maintain access to these markets for money? Or is it because they agree with the politics?

I’ll let you decide that. But keep in mind that in this countries political battle, one party here will grant them all the unrestricted access they want. The other party wants to restrict them, or even break them up. If the support of Jinping is needed to keep their access to the market in China, don’t you think they’ll support the domestic party that lets them continue unfettered?

Just simply saying “To Heck with them, I’m opening an account on Parler!” is not enough. All their spyware is still installed on your device. They will still be tracking everything you do, and selling it to the highest bidder. (Is it really “spying” when everyone has to agree to 40 pages of “Terms of Service” and a “End User License Agreement” that grants them this access?)

The solution: Delete them. Get them OFF your devices. I don’t even have Facebook on my phone. When I access Facebook on something besides my PC (which has spyware prevention), I use a little app called Metal which prevents Facebook from tracking me directly.

My next step will be to remove any traces completely, since they have now shown their true colors.

And I recommend all other conservatives so as well. After all, is there any doubt that they’ll mine all this data and hand over lists of people that need to be “cleansed” from society? The US Socialist party will want that, they’ve already admitted it. I’d rather not find out after it’s too late.

21 thoughts on “Heigh-Ho Face Book has Got To Go!”