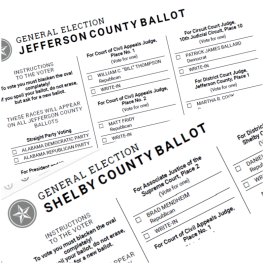 and I was right.

It seems now that voter fraud is outright accepted by the left, and endorsed through ignoring it by the mainstream media.

I did say this:

Conservatives can either try to counter the vote fraud with more of their own… Or we can overwhelm them at the ballot box.

they might need in excess of 5% or 5 million fraud ballots. Creating such fraud votes in all the key states of the electoral college just isn’t possible.

I was wrong about that too. As Rudy’s and Powell’s investigations are uncovering more fraud by the hour.

It would appear the only solution is to lower ourselves to their level, and commit the same level of fraud they used. That a risky proposition, because leftist liberals don’t get prosecuted for their crimes, and conservatives get prosecuted for crimes they didn’t even commit (Trump impeachment as a case in point). Imagine how much more severe the punishment would be if we actually did what we’re accused of.

But what if we play their game, but from a different angle?

The “down ballot” votes were not there. And that represents a huge flaw in their election stealing strategy. Republicans kept the senate, and increased the house. If, after this is written, Trump does not prevail, the alternate branch of government can still try to rein in the Marxists attempt to destroy this great experiment in self rule. You can be confident the crooked left won’t make that mistake again.

Then, our candidates get to ride on their wave of voter fraud to election. And once certified, take of their masks and say “Surprise! Guess what? I’m switching parties!”

Since it seems like the level of fraud is insurmountable for conservatives to overcome, then let’s use their cheating against them.