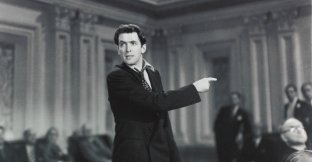 Everyone is rambling on about the Filibuster. Claiming it takes 60 votes to stop debate.

Well, that’s not entirely the case.

Unlike the House where you are limited to a few minutes of being able to ramble on, the senate allows its member to take as much time as they want to make statements about some legislation being debated. That’s why it’s called “The Deliberative Body”. It is possible, and has been done before the “Talk the Bill To Death”.

This is not the same as the cowardly process of just saying “Lets stop debating and vote”. That takes 60 people to agree. Or 51 in the case of Judges, since the 60 vote filibuster was abandoned by democrats first for federal judges, then by republicans for supreme court justices.

So, what do you do when you don’t have a time limit on discussions? You just keep talking.

Senator Rand Paul did this once, talking for over 10 hours, to obstruct the nomination of John Brennan. In retrospect, he should not have given in.

It’s time for republican’s who work for the citizens of these United States to start acting like it. If there are enough of them left.

As Nutty Nanshee keeps pushing crazy legislation, republican’s can simply step up and keep talking. It’s permissible to place anything into the record that is relevant to the bill being debated. Read the phone book into the record for heavens sake, as whatever the democrats are pushing clearly will effect everyone listed. When you run out of that book, move on to another city.

A good ole fashion Jimmy Stewart filibuster is the only way to save this country… If there are enough republicans that want to save it. If half of the republicans in the senate actually care about the country and their constituents, that’s 25 senators who could drag the legislation to it’s knees.

And every time some clown sticks a microphone in their face to ask why, say the same thing: “It’s destructive because of…”. Gee the message unified.

Sadly, lets not hold our breath that they’ll stand up and fight for us. Or the country,.